TEGEWA welcomes the EU Commission‘s proposal to further minimize risks of skin allergies that may be caused by chemical substances – but criticises the chosen approach which is overshooting the mark.

First, there is – in general – a limited consumer risk from textile and leather articles. Secondly, the restriction proposal is demanding a restriction of all substances with a harmonised classification as „sensitiser“ – completely independent of their actual use in textile or leather production, and not considering whether allergies may be caused by them or not.

This would, in practice, not only lead to an enormous number of unnecessary testing and monitoring costs, because textile and leather articles would have to be tested for non-occurrence of regulated substances – which are not even used for the manufacture of these consumer articles. Many dyes (being used for many years, some of them for decades) would be banned, even though there is no indication that textiles which had been dyed with them have ever caused allergies. As an alternative, the association TEGEWA proposes to regulate well-known, strong sensitisers with individual limits and, by doing so, to focus on real relevance and exposure by those substances through textiles and leather – as successfully implemented in the “Restriction of CMR substances in textile articles and clothing for consumer use under REACH” of 2018.

Background:
In 2019, Sweden and France published a proposal to restrict sensitising substances in textiles and leather. Not only textile and leather industry themselves, but also the textile and leather auxiliaries industry as well as the dyestuff industry are affected by this proposed restriction. This had been the reason for the association to develop a joint position on this first restriction proposal with its member companies, the international organization representing the dye and pigment industries ETAD and various German and European textile and leather industry associations. The association’s comments on this proposal had been submitted at the first public consultation in December 2019. Following the common legislative process in the EU, the two ECHA committees RAC (Risk Assessment Committee) and SEAC (Socio-Economic Analysis Committee) discussed the submitted comments and developed their opinions.

SEAC’s „Draft Opinion“ had been subject to a further public consultation (deadline August 24th). Due to the high relevance and importance of this topic, TEGEWA developed and submitted (again in cooperation with the above mentioned associations) a further position regarding the SEAC draft opinion (see weblink of this post to ECHA’s website). Focus of this position was an extensive argumentation against the intended restriction of specific disperse and reactive dyes. For textiles that have been dyed with these substances there is no indication – neither from the view of market relevant dyes manufactures nor from the view of the associations ETAD and TEGEWA – of sensitising effects to consumers by leather or textile articles.

On the other hand, these dyes do have – for decades – such a huge market relevance, that a ban would imply incalculable consequences for the companies producing dyes; for the textile and leather dyeing companies as well as for the consumers who could not purchase numerous articles any more.

As an alternative, the association developed a process based on a list of substances which can in fact be present on textile and leather articles and may lead to allergies to consumer. This process is also comprising a course of action regarding a regular update of the substances concerned – after verification whether they are relevant or not.

Apart from these important dye classes the association TEGEWA also pointed out implications for the manufacture of leather and textile articles; among others flame retardant and non-iron finishing of textiles and tanning of leather. Furthermore, TEGEWA sees a high risk for the European textiles and leather producers, as especially the European industry will be affected by the restriction – whereas, in parallel, articles are imported from outside the EU with unclear quality and consumer exposure.

The association TEGEWA is doing its best to contribute to a regulation as reasonable and justifiable as possible which actually is helping to improve consumer safety.

Various European regulatory activities with regard to fluorochemistry – either implemented or still in development – show far-reaching consequences for the whole textile supply chain. That’s the reason for the contribution of TEGEWA to the comprehensive, web-based conference on July 23rd about „the Cascade of REACH Restrictions in Fluorochemistry“. The information session had been a joint project of the associations VTB (Verband der Bayerischen Textil- und Bekleidungsindustrie), Südwesttextil, textil + mode, VCI Bayern and TEGEWA and addressed a large-scale target audience at European level. Along with representatives of textile chemistry companies, from politics and authorities, especially representatives of customer’s industry joint the session in order to inform themselves about the current developments with regard to REACH legislation on fluorochemistry. This is, among others,

The audience had been invited to make submissions to the public consultation on the restriction of PFHxA. Further information regarding the information session as well as the presented slides can be downloaded e.g. from the website of the VCI Bayern.

Azo Dyes pursuant to TRGS 614Classification of those azo dyes that can cleave to carcinogenic amines being concerned by the use ban of TRGS 614. PDF (latest version of march 2001) opposite.

REACH: TEGEWA Use DescriptorsBasis for calculation of environmental releases in customer's industries

The brochure about the „Busy Compounds“ (the title wants to illustrate surfactants’ behavior) is easily comprehensible and suitable both for applicants in industry and pupils in senior grades. The „Foam Guidance“ is offering comprehensive information on foam, collated and worked up by experts of TEGEWA member companies for interested users in industry.

Not one but two initiatives TEGEWA is supporting in order to enable workers in tanneries worldwide to work safely: with a Safety Poster in different languages and the Sustainability Online Tool/ Checklist „Tannery of the Future“. The TEGEWA Steering Group „Leather Auxiliaries“ has initiated and financially supported both projects. 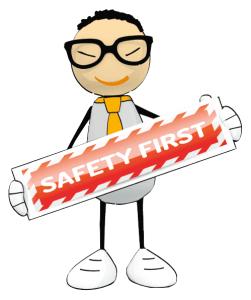 The Safety Poster „Safety Guidelines for a safe use of chemicals” for workers in tanneries in Asia and South America is available in English, Mandarin, Hindi, Bengali, Tamil and Spanish. It is hung up in production facilities of the customers and is meant to improve safe use of chemicals in those tanneries where occupational safety and environmental protection are of minor priority so far.

Tannery of the future

The Sustainability Online Tool/ Checklist „Tannery of the Future“ has been developed to help tanneries build a future-proof and socially responsible industry. It is an opportunity to classify oneself in view of ethical business behaviour, occupational and environmental protection and conservation of resources. Tannery of the future is made up of a questionnaire on topics such as traceability in supply chain, energy consumption in production, health and safety of employees or emergency plans in the tanneries. By means of questions on self estimation one can visualize the actual state in one’s company and draft possible improvement plans. Additionally, the questionnaire contains references to conceivable improvements and support.

Opinions / Position PapersBelow you will find background information and papers with regard to issues of current interest for our member companies. Currently, there is especially information with regard to cyclical siloxanes available.